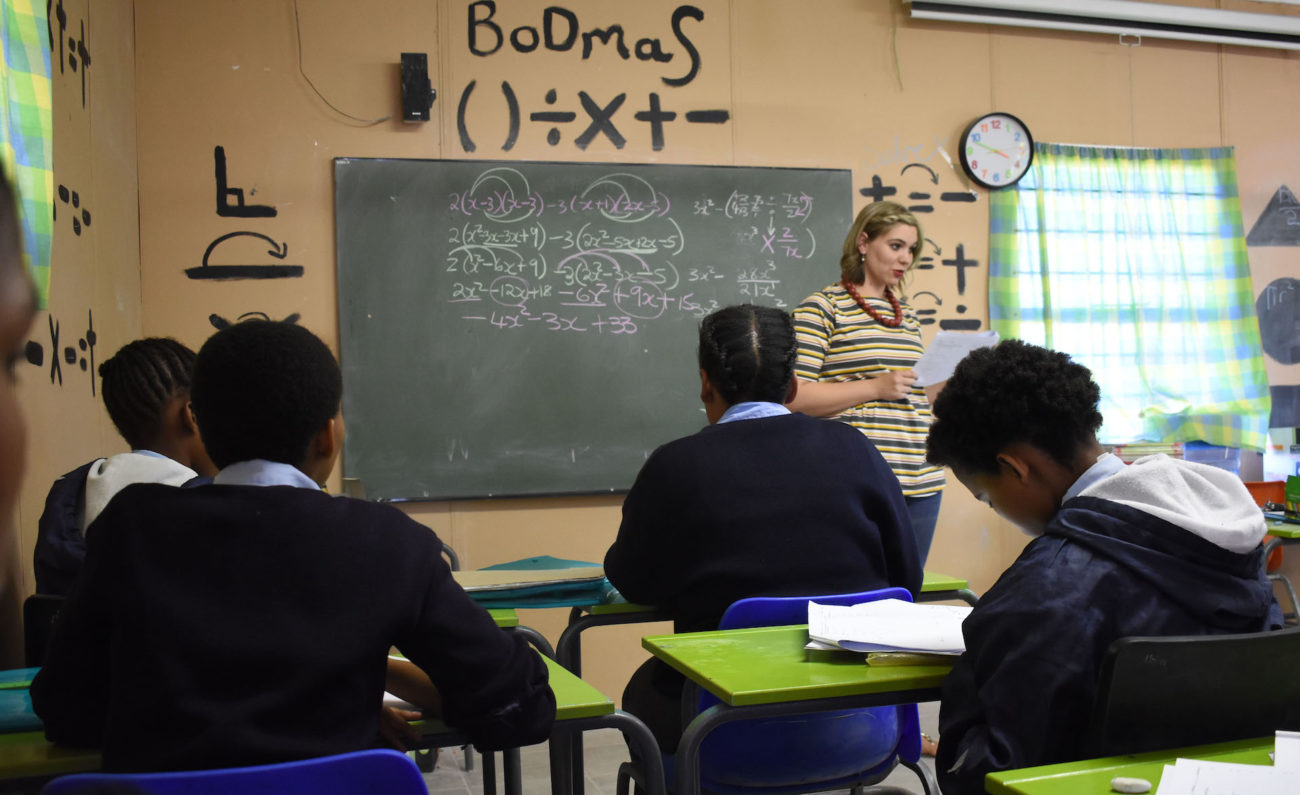 An education partnership, which kicked off in 2015, aimed specifically at stimulating the desire amongst learners to study STEM (science, technology, engineering, maths) subjects is bearing fruit. Learners were recently awarded medals and certificates for 100% attendance and performance, with cash prizes for the top three learners, at the end-of-year awards ceremony (Saturday, 26 October 2019).

Funded by Boshof Solar Power, the Maths and Science Leadership Academy, from Kimberley, along with local teachers facilitates extra maths and science lessons to the learners at Boshof Combined School, Boshof Intermediate School and Aramela Combined School every Thursday afternoon.

“The Mathematics curriculum is packed. The Thursday classes give learners the opportunity to practice the work done in class, and because we can focus on higher level questions the learners become more confident and their marks improve,” said Mrs Nicolene Botha, teacher at the Academy, who believes that the learners have a better chance to succeed.

At the time that the programme was implemented, learners were generally demotivated due to a lack of Maths and Science teachers in the community. The programme now supports the three schools and plans to expand to phase in more schools.

With an estimated 80% of future jobs requiring young people to have some sort of STEM education, it is critical and imperative that learners get support, as early on as possible.

“One of the issues identified was that the learners weren’t selecting Maths and Science as subjects for Matric because they didn’t have the proper foundation from earlier grades, hence the accelerator approach of providing extra lessons, helping learners to catch up and not fall behind,” explained Zuki Ndlela, Economic Development Officer of Boshof Solar Power.

An additional part of the Boshof Solar Power’s STEM programme, responds to the educational needs of local primary schools in the Boshof area. In addition to supporting teachers, it’s ‘Pioneers Programme’, which targets learners from Grade 4, runs intense maths sessions to solidify the foundation concepts taught in class, and to encourage a desire for the learners to carry this very important subject through to Grade 12.

“Research shows us that learners acquire learning deficits in their early years of schooling which snowball into larger deficits in higher grades and as these gaps grow, remediation becomes more and more difficult,” concluded Ndlela.