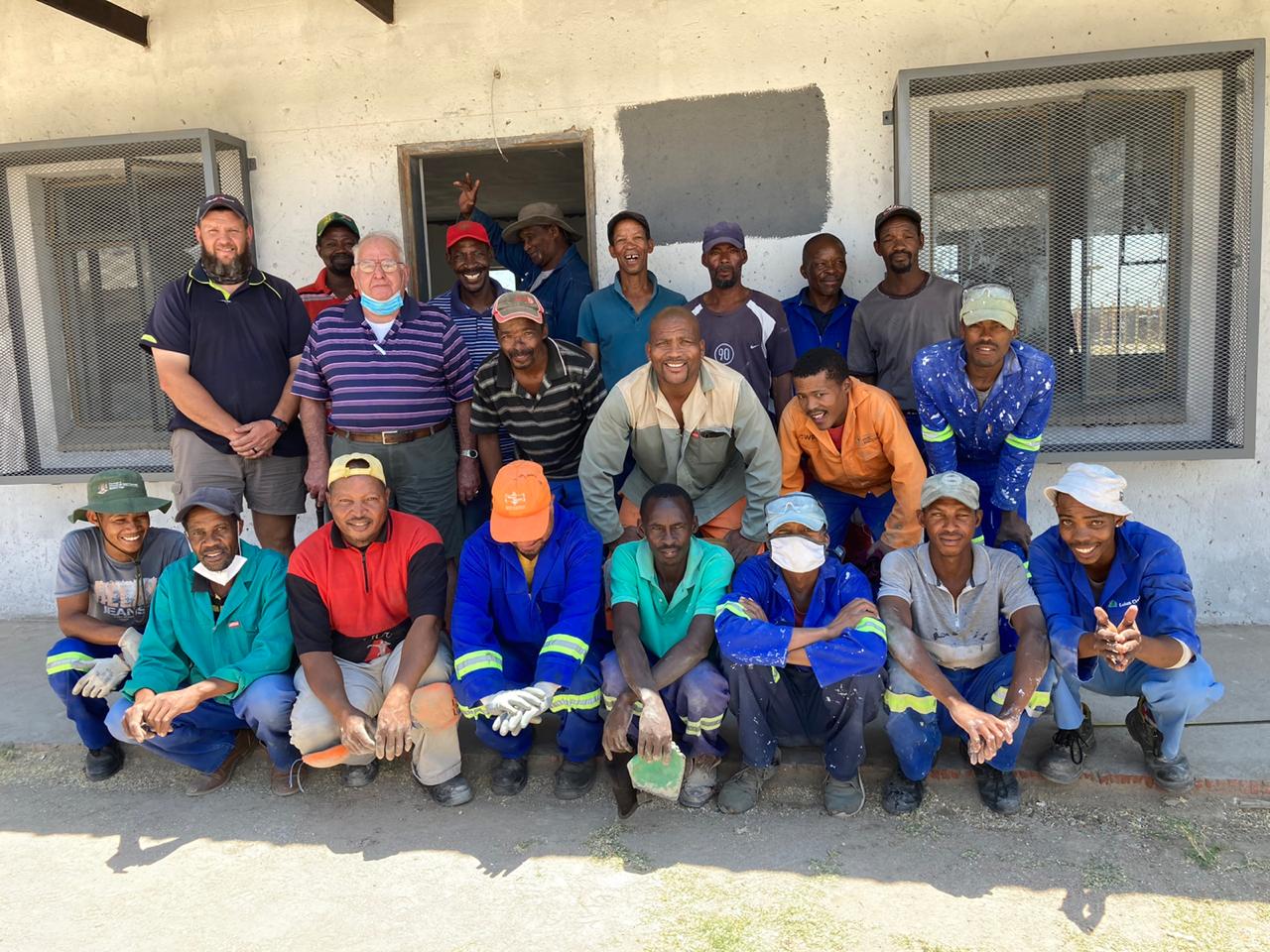 The renovation of Kgatelopele Crèche in Boshof, which will enable it to accommodate 150 children from the Boshof community, is being undertaken by a local construction company and funded through Boshof Solar Power’s Socio-Economic Development Programme. This has project has helped to create over thirty local jobs, at a time when work has been very scarce made worse by the current harsh economic climate, with an additional five local contractor’s benefitting.

“It was a golden opportunity to create new jobs after so many people were without an income during lockdown, as the jobs were given to people of the local community,” said Chris Wiese, Owner of Wieracon.

The construction company, Wieracon, based just 40km outside of Boshof, has been able to provide additional local jobs through local subcontractors to provide a range of specific services and skills, thereby adding to the local benefits, in addition to the socio-economic impact that will be derived from a safer, larger and improved community education facility.

Mr. Klaas Buys, one of five directors of Zwelenthemba Multipurpose Primary Cooperative Construction, is just one example of a locally based subcontractor that has been able to give work to eight locals on his crew. He expressed his appreciation for the work and being able to pass on the benefits within the Boshof, Tokologo area.

“We are pleased to have been able to simultaneously support multiple community organisations, namely the construction company and of course the crèche, as we like to use local contractors for services required, as it boosts and empowers local SMME’s,” said Zuki Ndlela, Economic Development Specialist for Boshof Solar Power.

The construction company was appointed following a suitable tender process, which invited potential service providers within a 50km radius of the solar farm. The work was awarded based on the submission, price and location.