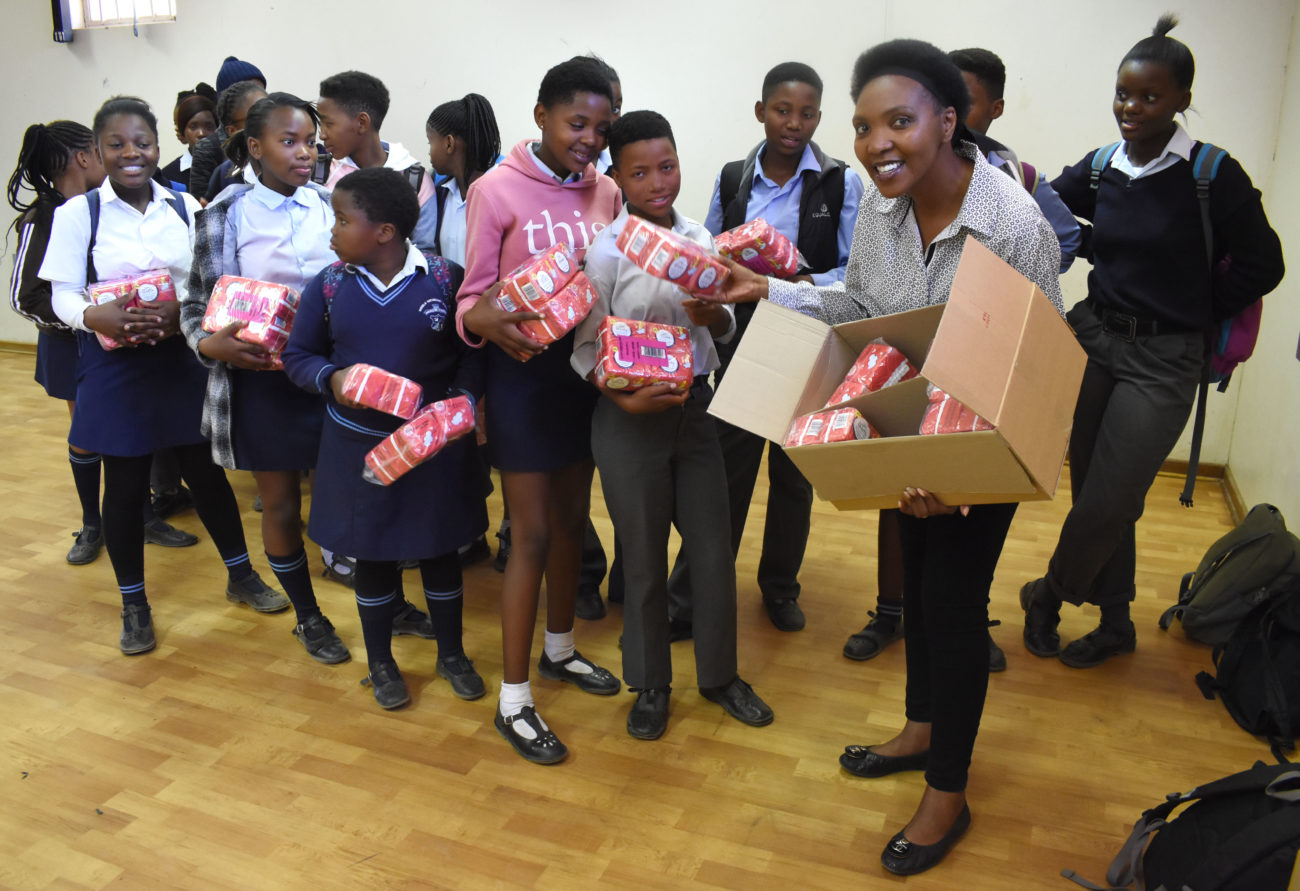 In an attempt to end the stigma associated with menstruation and lack of sanitary towels, Boshof Solar Power has been funding a programme to keep young girls in the classroom for the last five years.  Hence, long before general awareness of related absenteeism became common knowledge throughout the country, Kgololosego Secondary School, in Dealesville, started seeing the lasting benefits and can now give testament to the positive impact that a modest support programme of this nature can have.

“This act of support has meant that we never experienced a high rate of absenteeism due to girls’ menstrual cycles. Our girls were always taken care of and in the process their dignity was kept intact,” said Mrs Mosieleng, Deputy Principal of Kgololosego Secondary School.

Having identified that high school girls were missing up to seven days of school a month, the programme was rolled out across four high schools and three primary schools in Boshof, Hertzogville and Dealesville, during 2015.  The programme now supplies both sanitary towels and the MCup to Grade 11 and 12 learners, who have, in general, been happy to explore the cup option as an alternative.

This socio-economic development programme is driven by the belief that communities won’t be able to thrive if girl-learners are left behind.

Dash Nomvuyo a Grade 12 learner at Kgololosego Secondary School, is one of the many young girls who benefits from the programme.  She expressed the positive impact and specifically how this support has empowered her and means that she no longer has to feel vulnerable or overwhelmed.

The South African Human Rights Commission recently reported that the lack of access to sanitary towels not only has adverse effects on our country’s girls’ school attendance, but it also has a ripple effect on the economic development of communities. It is not just the girls and women who benefit from having proper menstrual hygiene, the broader society and national economies can profit from better menstruation management.

“We are proud to be able to play a role in keeping young girls at school and hope that our support will restore their confidence,” said Zuki Ndlela, Economic Development Officer for Boshof Solar Power.

Despite sanitary towels recently being added to the list of zero-rated VAT goods and that the government has started rolling out sanitary wear in some areas, the majority of girls in South Africa continue to miss multiple school days each month, due to lack of access to these essential items.  So until government is able to provide free sanitary products to all women and girls from poorer communities, the solution will remain in the hands of NGO’s and corporate sponsors such as Boshof Solar Power.