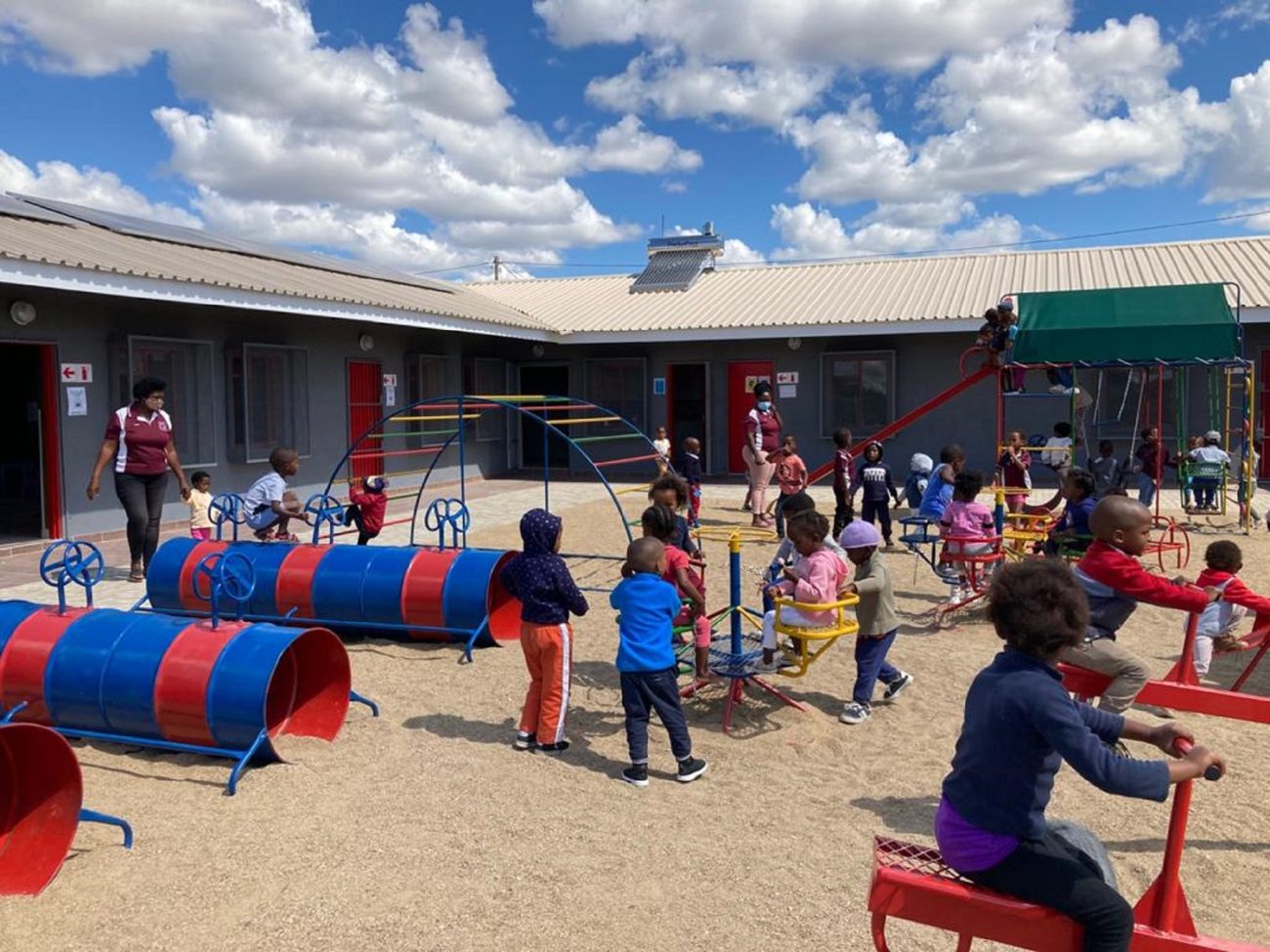 The newly renovated and enlarged Kgatelopele Crèche in Boshof has launched, welcoming over 130 children from the Boshof community.

Principal Botha, proudly re-opened the crèche’s doors on Monday, 8 March, offering a safer, larger, and much improved community education facility to families in the surrounding area. She commented on the impact of this upgraded facility and remarked on the effect of the additional classrooms and ablution amenities.

“We struggled for a very long time in shacks and during the rainy season it was very difficult and cold, so we are very pleased to have a beautiful new building with enough classrooms and toilets for the children – it is also so spacious,” said Mrs Botha.

Kgatelopele Crèche caters for children aged from infancy through to Grade R. In addition to ten teachers and a school principal, the crèche has been able to increase its intake of children by 50%, thereby providing a place of care and development for a much larger number of community children, in time for the 2021 academic year.

They previously operated from non-compliant premises, which was not a healthy environment for the children as much of the structure comprises corrugated iron in poor repair, making it a better choice to provide a completely new and refurbished structure that can accommodate close to 200 children.

“‘It is my dream to see every young child in the Boshof and Hertzogville areas reach their milestones and appropriate development levels, in adequately resourced facilities, so that all children have equal potential for development and growth,” said Zuki Ndlela, Economic Development Specialist for Boshof Solar Power.

The construction was undertaken by a local company based just 40km outside of Boshof, which also provided work for 5 local subcontractors, who were able to collectively employ an extra 15 workers, thereby adding to the local benefits.

“We are pleased to have been able to simultaneously support multiple community organisations, namely the construction company and of course the crèche, as we like to use local contractors for services required, as it boosts and empowers local SMME’s,” concluded Ndlela.